Modest near-term movement is expected in existing-home sales, with a recovery in sales seen during the second half of the year, according to the latest forecast by the National Association of REALTORS®.

The Pending Home Sales Index,* a forward-looking indicator based on contracts signed in May, fell 4.7 percent to 84.7 from an upwardly revised reading of 88.9 in April, and remains 14.0 percent below May 2007 when it stood at 98.5.

Lawrence Yun, NAR chief economist, said some pullback after a sharp increase in the previous month was expected. "The overall decline in contract signings suggests we are not out of the woods by any means. The housing stimulus bill that is still being considered in the Senate is critical to assure a healthy recovery in the housing market, jobs and the economy," he said.

Yun said location has never mattered more than in the current market. "Some markets have seen a doubling in home sales from a year ago, while others are seeing contract signings cut in half. Price conditions vary tremendously, even within a locality, depending upon a neighborhood's exposure to subprime loans."

Double-digit pending sales gains in May from a year ago were noted in Colorado Springs, Colo.; Sacramento, Calif.; and Spartanburg, S.C.

NAR President Richard F. Gaylord, a broker with RE/MAX Real Estate Specialists in Long Beach, Calif., said the current market offers immediate benefits and long-term value for many buyers. "Home buyers are getting a great deal right now," he said. "Although inflationary expectations appear to be under control for the time being, sharper consumer price gains could lead to notably higher mortgage interest rates in 2009."

Based on current indicators, the 30-year fixed-rate mortgage is forecast to rise gradually to 6.5 percent by the end of this year, and then hold at that level for most of 2009. NAR's housing affordability index is improving this year and is likely to rise 15 percentage points to 127.0 for all of 2008.

"The speed at which home prices has declined in a few select markets is unprecedented, but the large price declines in those areas have enticed bargain hunters back into the market," Yun said. "Interestingly, there have been reports of multiple bidding after the large price cuts, so it is possible that most of the price declines have already occurred in those markets."

Inflation, as measured by the Consumer Price Index, is forecast at 3.7 percent this year and 2.4 percent in 2009. Inflation-adjusted disposable personal income is projected to grow 1.5 percent in both 2008 and 2009.

*The Pending Home Sales Index is a leading indicator for the housing sector, based on pending sales of existing homes. A sale is listed as pending when the contract has been signed but the transaction has not closed, though the sale usually is finalized within one or two months of signing.

The index is based on a large national sample, typically representing about 20 percent of transactions for existing-home sales. In developing the model for the index, it was demonstrated that the level of monthly sales-contract activity from 2001 through 2004 parallels the level of closed existing-home sales in the following two months. There is a closer relationship between annual index changes (from the same month a year earlier) and year-ago changes in sales performance than with month-to-month comparisons.

An index of 100 is equal to the average level of contract activity during 2001, which was the first year to be examined as well as the first of five consecutive record years for existing-home sales.
FUENTE:REALTOR.COM 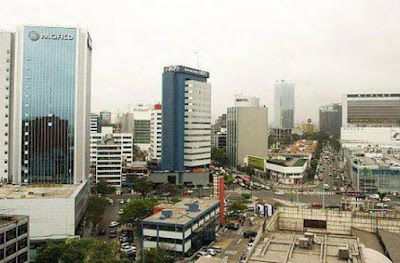